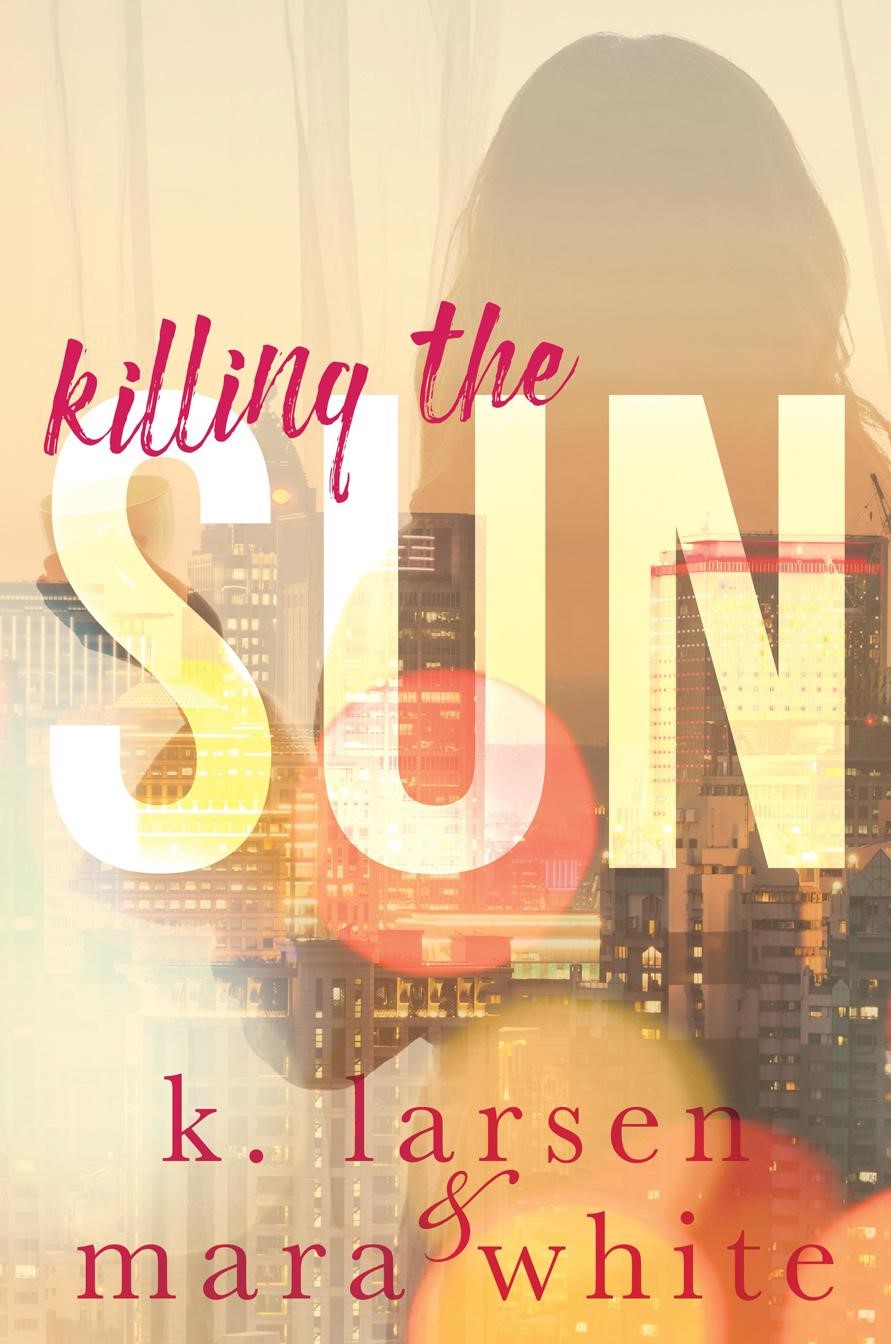 I was born backwards into this world.

You tore me, she said.

Those were words I remember my mother saying to me, as if I had done those things to her on purpose.

Back first I came, my spine convex, the points of my vertebrae stretching my skin to reveal a miniature Appalachia, peaks and dips, craggy, unmarked indentations that had never seen the sun. I automatically straighten my spine thinking about it, tell my legs to relax, my gut to unwind.

You made me wait.

But there would never have been enough time. My mother knew the soft strokes of motherhood didn’t suit her hands well, that my brothers’ crying had already scratched and clawed at her nerves like an unwanted emergency, a constant state of distress. But I pleased her. Her only daughter. She liked it when I brushed her hair; she would always close her eyes and hum a haunting song.

I left him by the riverside,

then the sun set on both of us.

Oh, I left him by the riverside,

And no one came back to pick me up.

She liked to look at me, to study my face. Not so much with affection but with a real curiosity that seemed out of place. She was lazy and unenthusiastic about most things, but she looked at me with gusto, almost like I’d been gone for a long time or as if she were searching for someone else in my face. In turn, I searched hers for recognition, some twitch or tic that signaled I belonged.

Mom loved my twin brothers Storm and Farren as best she could. She doted on them the only way she knew how. Food was her most available medium and sugared cereal and boxed dinners were often forced upon them in place of hugs. Mom was big and her eyes an impossibly bright blue. Cotton candy blue, raspberry popsicle blue. Her clothes were twenty years out of date and her hair hung in the same two swooping hot dog curls she rolled daily, framing her round face. I saw the same two curls in her high school pictures, where she listed disco and the roller rink under hobbies. I liked to imagine her sailing quickly around a polished rink, her hands clasped behind her, one foot leisurely replacing the other while the snare beat of disco ticked out of the speakers. She’d have those two hot dog curls and electric blue laces in her skates. In my mind she’d be lighter on her feet and never once would she think she’d be confined to a trailer, her carefree youth whittled down to a sliver, like an old bar of soap in the dish by the tub. You scrub away that many layers and whatever’s left can barely get the job done. That soap’s no good for washing the dirt off. It’s not good for much at all.

Our dad was never around. He carried a gun. Beer cans rolled in symphony, the gasping crescendo against the occasional bottle of schnapps in the footwells of his Dodge Dart. And he was missing a tooth in front; it made him whistle ever so slightly when he’d talk.

“Come here, Aim-girl. Give your daddy a hug.”

It wasn’t often. He’d storm in, fight with Mom, then take off to the sedan. He’d always park on the grass, tearing up the sod and leaving tire tracks of mud. I spent a lot of time on the swing set that belonged to the Dobsons. I also rode the Dobson girl’s grape-purple big wheel after the county bus picked her up for school. If Dad came home at night, he’d always show up drunk, yelling, slurring, sputtering. Sometimes retching.

Mom would disengage even more. She’d sit at the card table and butter slice after slice of white bread, chew through them with the steadfastness of a monk. She could eat a whole loaf like that, staring at the wall. Sometimes I would think she was crying, that I could hear her sobs through the thin trailer walls. But if I’d ever go and check, she’d be glassy-eyed, far removed but never undone.

The only time I saw her cry was at trial, when my brothers were both sentenced to life for capital murder. Storm and Farren—the little tow-headed boys my mom had dreamed would become professional wrestlers—they sealed their own fate because they’d had enough. I can’t help but believe my mom put them up to it. Dad was good for nothing but the worst he ever did was come home too drunk and knock us around; sometimes Mom would get hit bad. He’d yell, warble, then pass out in a lump on the carpet or in a chair by the TV.

Storm and Farren burned his body in a fire pit twenty miles into the woods straight off of the highway juncture where I-35 crosses with Route Seven. I walked out of the courtroom when they hashed out the details. The gory bits about bone fragments and ashes and the stubborn threads from his tattered flannel. How sisal rope had cut into his flesh. They didn’t find the rope, but they did find bloody fibers. The binding was so tight it cut through the skin, leaving the faintest spatter of blood points against the blue tarp that they buried right on the border of Texas. A stupid shallow grave where they shoved in his beer cans and cigarette butts. They sunk the Dart in Veteran’s Lake by Sulphur. I know, I saw it all on 48 Hours.

Those boys never did wash up well before dinner, and in the end, it cost them a bunch. I like to think that I loved them, but they had each other and I was always an afterthought. Born eight years too late to make it to the party. But it kept me out of trouble and ultimately, it kept me out of jail.

So my brothers grew up with a mother they would kill for and I slipped through childhood without much commotion. I spent a lot of time playing by myself. Conquering the dirt mountains out behind Arbuckle Lake. There were days I walked for miles dragging a stick and spitting into the dust until my sneakers turned almost red with dirt. I patched up my own scrapes with Band-Aids I swiped from Wal-Mart. And it’s not like my life was devoid of comfort; I was bussed into Sulphur for school and I thrived there. God knows I wasn’t the only kid surviving off of stained and pilled-up hand-me-downs, a grade D smorgasbord of free school lunch. My grades earned me the affection of all of my teachers. I was the only one in my family to graduate from high school. Aimee Olsen, high school graduate. Moving on up.

And I made sure I had the kind of portfolio that could get me into college. I never once wasted my teenage years fooling around with boyfriends. I didn’t go to the drive-in to practice getting to all of the bases with boys who wore braces and were covered in pimples. I saved myself for something bigger, something grand that the kids in my town would only ever dream of.

Some girls in my class wanted nothing more than to get married and start having babies. A trailer was enough for them; a split-style ranch would make them the envy of Sulphur. I wanted to get the hell out of Oklahoma. So I moved to New York City with a one-way Greyhound bus ticket and Storm’s old gym bag stuffed with my scrappy clothes and a clean set of sheets. I never expected to get much out of life. But I got more than I bargained for. 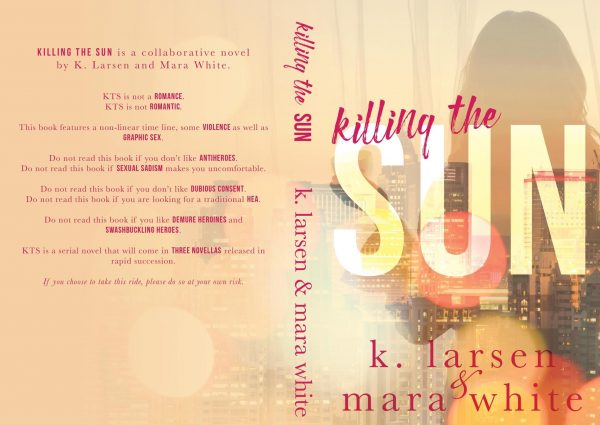 I am an avid reader, coffee drinker, and chocolate eater who loves writing. I received my B.A. from Simmons College-a while ago. I currently live with my daughter in Maine.

I love hearing from you so please feel free to contact me!

Mara White is a contemporary romance and erotica writer who laces forbidden love stories with hard issues, such as race, gender and inequality. She holds an Ivy League degree but has also worked in more strip clubs than even she can remember. She is not a former Mexican telenovela star contrary to what the tabloids might say, but she is a former ballerina and will always remain one in her heart. She lives in NYC with her husband and two children and yes, when she’s not writing you can find her on the playground.