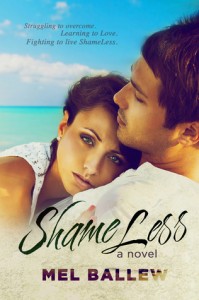 “If all you can do is crawl, start crawling. Soon, you’ll be able to stand.”

S’renaty James lives a privileged life most her age only dream of living. She is beautiful and popular with her entire life ahead of her. Life could not get any better.

Until her entire life shifts, crashing around her…

Bound by devastation, persecuted by the ones she used to call ‘friends’, haunted by disturbing nightmares, and filled with self-blame, she vows to overcome.

Stefan is everything S’renaty swears to avoid. He is carefree and charismatic. He is primitive, complicated and a total badass. He makes her melt like fine chocolate under a hot summer’s sun the first time their eyes meet. There is something about him, and she makes it her mission to find out.

When he meets S’renaty James, he is not prepared for what comes over him because for the first time ever, a girl leaves him breathless. Now, his primary responsibility is to keep her safe.
He will do anything to protect her. Even lie…

Stefan is the one person she has trusted with her heart. After keeping an unforgivable secret, he could be the one to shatter it to pieces. In fact, he may even destroy her beyond repair. Will she overcome and forgive, letting go of the pain, guilt and shame? Or this time, will she be stronger than the hardest lesson of her life — and, become totally ShameLess?